The Potential Effects of Tax Reform on the Real Estate Industry

The No. 1 question everyone's asking about tax reform in 2017 is: Will it even happen? On the one hand, all three branches of government are in Republican hands now, and tax reform is a popular agenda item. In May, the House Ways and Means Committee held a series of public hearings to gather public sentiment on proposed tax reforms and principles.

On the other hand, some political surprises and delays have very likely pushed any tax reform proposals into 2018 or later. Whenever tax reform does arrive, there will certainly be impacts for real estate investors.

Two Reforms: Trump vs. GOP
The Trump campaign introduced one set of tax reform goals before the election, which has evolved quite a bit over the past few months, while the House presented a very different view of what they want to achieve. Here are five critical areas related to real estate and how the plans differ.

1. Tax Rate and Pass-Through Entities
The big news grabbing headlines is Trump’s proposed changes to pass-through guidelines, which would effectively cut the corporate tax rate from 35 percent down to 15 percent. That would trigger a massive change in federal revenue since, according to the Tax Foundation, more than 90 percent of U.S. businesses are structured as pass-throughs.

The “Better Way” agenda by House Republicans suggests a pass-through tax rate of 25 percent. Even a few percentage points can make an enormous difference, and this will be a central point of contention because lawmakers will need to find funds to pay for the loss of immediate tax revenue until an economic boom can offset the losses.

2. Carried Interest
The Trump reforms also suggest a new tax treatment for carried interest. Often, new real estate development partnerships use carried interests to pay promoters who have an interest in the partnership. Currently, promoters benefit by paying capital gains tax rates at a maximum of 20 percent. The Trump proposal would require promoters to pay taxes on receipt of carried interests instead; so ordinary tax rates would apply to performance and incentive benefits.

3. Depreciation and Interest Expenses
House Republicans are leading the charge on eliminating the standard of depreciating the useful life of a property over 39 years. They want to allow real estate developers to immediate expense all acquisitions of tangible and intangible property. Commercial buildings and similar types of developments could then be completely written off the same year that they are acquired or placed in service.

Congress would pay for this is by eliminating deductions for net interest expense on debt. Any interest expense deductions that exceeded interest income would not be allowed anymore. Trump’s Treasury Secretary Steven Mnuchin suggested that eliminating this deduction is on the table but not what the President wants to do. “We’re contemplating keeping it — that’s our preference. But we’ll look at everything,” said Mnuchin. The businesses that would likely suffer the most from these changes would be those that rely heavily on loans instead of equity or venture capital.

4. Mortgage Interest Deduction
Trump’s proposals are “particularly friendly to real estate investors” but not so much to homeowners. Today, mortgage interest payments on homes are deductible up to $1 million of the loan balance. The Trump plan limits itemized deductions at $100,000 for single filers and $200,000 for married filers while capping other deductions at around the same level. In contrast, the House Republican proposal eliminates almost all other deductions except the mortgage interest deduction, which would retain its current caps.

5. 1031 Exchange
A very contentious set of discussions has arisen around the proposal to eliminate the 1031 Exchange, which could slow down real estate swaps and lower the value of land holdings. The 1031 exchange allows property owners to defer the tax implications from capital gains earned on a property sale by pouring it into another purchase. The proposed changes in the House Republican plan would exclude land from the immediate expensing of assets as discussed above. Some real estate professionals feel this will chill the market, encouraging owners to hold onto property longer.

Stay Tuned
Remember that these are just indications of where the reform package could go. William Brown, president of the National Association of Realtors, advised a wait-and-see approach to proposed tax changes. “We are adamant that certain vital provisions, such as the 1031 like-kind exchange, be preserved, but are eagerly watching the development of tax reform to see how it specifically affects commercial real estate, and we will weigh in with suggestions and comments as the process moves forward.”

Shake-ups in the administration and power balance shifts in Congress will scramble those priorities by next year. There’s no way to tell at this point what kinds of changes will make it to the final bill — or when the bill will be introduced. When it is, the specific application of tax changes will probably be significantly adjusted by lawmakers in the House and the Senate.
Now is the perfect time to start drawing up investment strategies and contingencies based on which of the above modifications have the best shot at making it all the way through to tax code status. Don’t amend any holdings or portfolios just yet, though. It’s best to stay on a steady course for the short term because there are certain to be a few more surprise twists on the political landscape in the months ahead.

Contact the tax professionals at Goldin Peiser & Peiser for further information as to how the proposed tax changes will impact your business and personal finances. 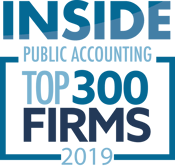