Welcome to our Firm News page. Here, you can read about our firm’s latest news and events.

Goldin Peiser & Peiser Raises Over $10,000 for Junior Achievement of Dallas

What started out as a friendly competition at the Spartan Race on Saturday, June 16, 2018, at AT&T Stadium in Arlington, Texas turned into a windfall for two very worthy charities in North Texas. The Dallas CPA firm of Goldin Peiser & Peiser (GPP) designated Junior Achievement of Dallas as its team’s charity, raising over $10,000 for that worthy organization. Hillcrest Bank raised over $15,000 for St. Baldrick’s Foundation for childhood cancer research.

Eleven brave souls formed the GPP team, Bad Assets. In the name of charity, they put their fears aside and dedicated themselves to almost two hours of non-stop exertion. With adrenalin pumping they took to the race like the champions they are running up and down an untold number of flights of stairs, hoisting themselves over a 7-foot wall, lifting bags of sand and water jugs, climbing ropes, doing burpees, swinging on rings, and many other equally strenuous exercises.  “It was a grueling event, but our team showed great perseverance and determination throughout the entire race.”

Although exhausted and sore, the team members were exhilarated at not only completing the race but rising to the challenge of pushing themselves beyond what they thought they could do.

And when asked if they would compete again next year, every member of the Bad Assets said absolutely! 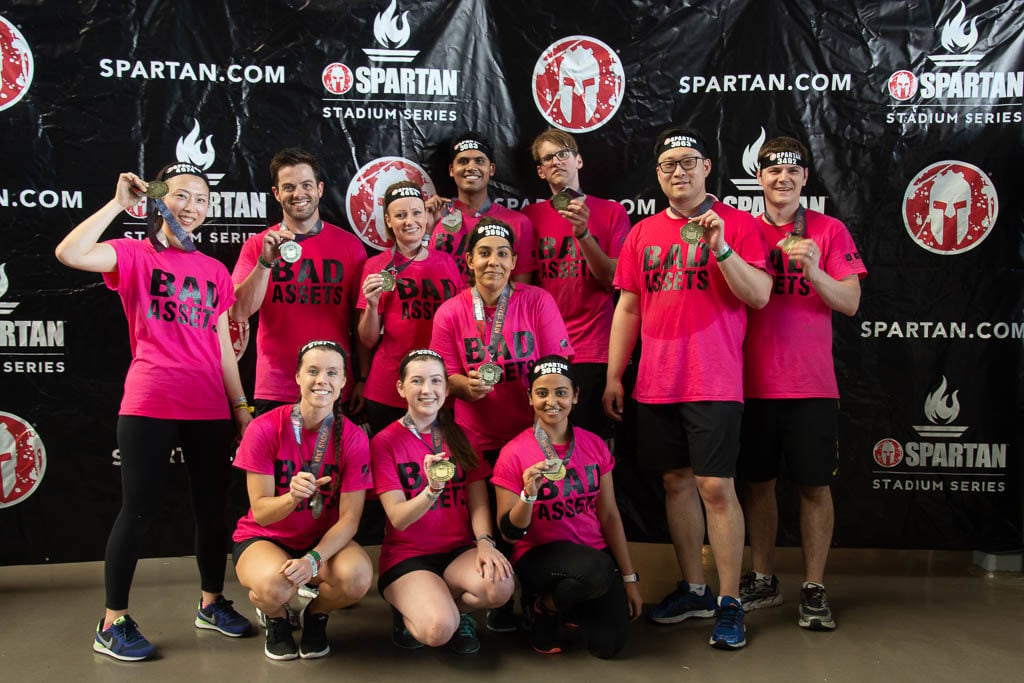